Babcock Ranch: Town of the Future 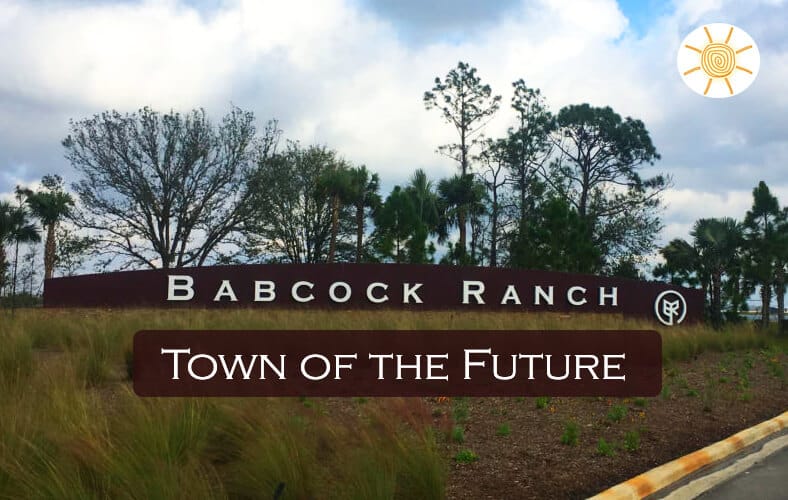 Babcock Ranch, Florida is a town of the future.  With an autonomous minibus and solar at every turn, it’s goal is to eventually exist entirely off-grid.

Developer Syd Kitson had a vision of a town that could be fully ran off-the-grid. In 2006, he purchased 91,000 acres of undeveloped land in order to fulfill that dream, and named it Babcock Ranch after the family who sold it to him. Unfortunately, about a year after purchase, the housing bubble burst, leaving Babcock Ranch as more of a dream than a reality. Kitson sold 74,000 acres of the land to the state as part of a land preservation deal. The remaining 18,000 acres he split, half to be used as green space, parks, gardens, and hiking trails, the other half to be used for housing plots.

Finally, in January of this year (decades later), the town opened its doors for its first residents. Still under construction, the town has only about 20 completed houses with only a few occupied. Downtown, there are a few commercial buildings — a school, restaurant, and health center.

Kitson’s goal is to eventually have a town with no cars. Currently, even though cars and parking lots are present, the town has implemented an electronic minibus with the PACE (personalized-autonomous-connected-electric) system that traverses the streets of the small town as an alternative.  Just one more step in the right direction.

With attempts to set up his own electric utility in 2014 halted by the local utility cooperative, Kitson has had to look elsewhere when it comes to power. Luckily, years before he donated land to FPL as an incentive to build a solar farm close-by and utilize its clean energy. The 75-megawatt facility was completed last year. In addition to this, the town has solar trees and all the commercial buildings have solar arrays on the roofs.

Sustainability is in the forefront of everything done at Babcock, farm to table restaurant, landscaping done with native plants, irrigation canals to reduce the town’s environmental impact, and even a “green-STEAM” curriculum inside the school with concentration on sustainability.

“This is a new town,” Kitson said. “Not a gated community like you get all over Florida…there are 1,000 people moving into Florida each day and in my view we need to start doing development right with sustainable and smart growth. We want to become that example for how to think about development in the future.”