Elon Musk Calls for a Cost on Carbon 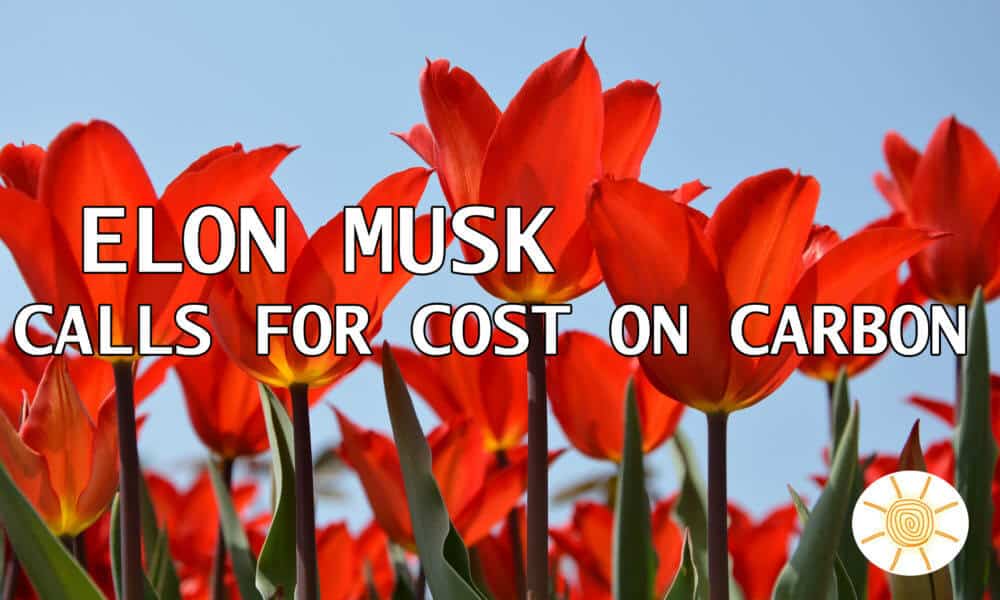 Elon Musk, founder of Tesla and SpaceX said that sustainable energy solutions are technologically viable but are held back because of a lack of carbon price. “Humanity is pretending fossil fuels have no probability of a bad outcome.”

Musk made a surprise appearance at the South by Southwest festival.  His discussions ranged widely from colonizing Mars, to artificial intelligence risks, to even his own companies.

Amongst conversation and even dancing, Musk called for a price on carbon.  Sustainability is “obviously really important” to the future of humanity, Musk commented to Jonathan Nolan, co-creator of show Westworld.

Musk believes solutions to clean energy are now technologically viable, but distorted market conditions are the main thing holding them back.

“The core technologies are there with wind, solar with batteries…the fundamental problem here is there’s an upriced externality in the cost of CO2.”

Musk continued by stating, “The market economics work very well if things are priced correctly. But when things are not priced correctly and something that has a real cost has zero cost, then that’s where you get distortions in the market that inhibit the progress of other technologies.”