Mass Solar Production Possible, But is it Worth the Risk? 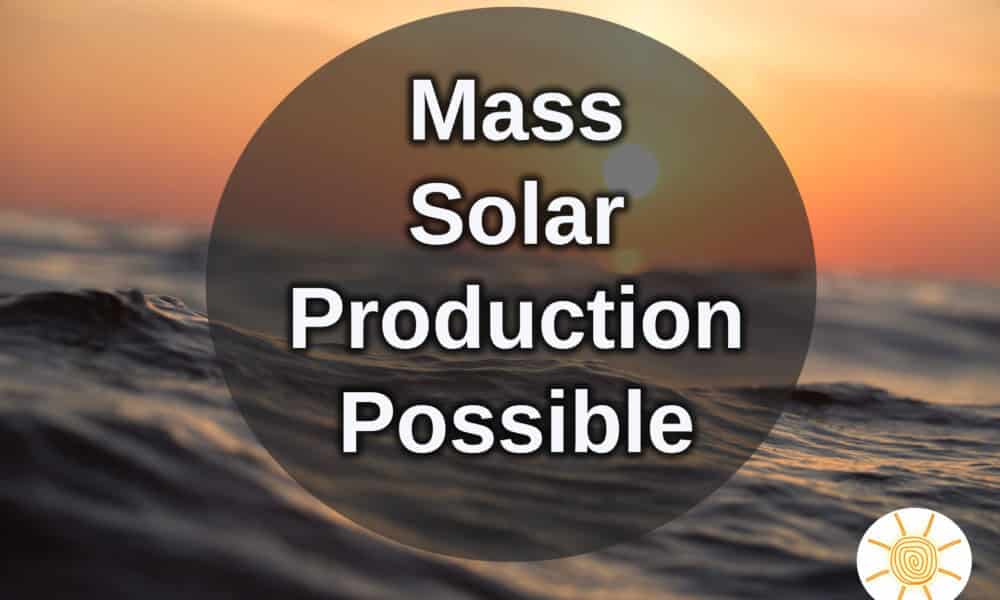 Good news for the solar community! Scientists have discovered massive amounts of tellurium, a rare metal used in solar technology, in Ethiopia.

Unfortunately, this good news comes with a catch…the deposit is at the bottom of the sea, in an undisturbed piece of the ocean.

The world has a view of solar as the perfect clean energy source. No oil spills. No emissions. No contamination. But this overlooks the process in which the panels are created. While the created energy is clean, some of the materials used, tellurium for instance, are hard to find.

Cadmium telluride (a combination of cadmium and tellurium) is the second generation of “thin-film” solar cell technologies. It exceeds silicon in its abilities to absorb light and because of this that layer doesn’t need to be as thick. It’s also cheap and quick to set up and uses less material.

So this is where we find the divide.

Usually, tellurium is extracted on land through copper mining and yeilds a relatively low amount. This seabed sample contains concentrations of 50,000 times higher than on land. All of this extra tellurium opens up the possibility of mass production of improved and more effective solar cells.

But, is it worth the environmental impact on this untouched part of the ocean? Mining is never good for the environment. Scars on the landscape. Decimates plant life. Displaces inhabitants. And that’s just on land. With technical challenges and pristine ecosystems, mining under the sea only exacerbates the negative side effects.

So, for an industry that prides itself on being better for the environment, do the ends justify the means? What if the effects of this mining have a similar scale of impact to the fossil fuels industry? Is it still worth it? What about the long run? What if (after this negative impact of mining), mass solar could rid the world of carbon emissions, curb global warming, and its associated pitfalls?

I know many people around the world, including those here in Maui, value the ocean just as much as the sun. So, is it worth it? Should this mining project be considered? We’d love to hear what you think!