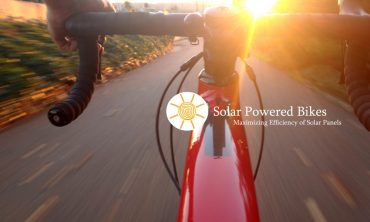 Solar Electric Bikes have been making large strides in our modern world.  Several options exist, including solar powered wheels, solar bike trailers, and paneling on the cargo hold. Some people are traveling with large solar chargers, that they then unfold to charge the batteries in only a few hours.  Most modern battery powered bikes have a range of around 15-20 mi., but with some solar additions people can go 45+ miles, charge their bike while at work or play, and get the bike back in the same direction.

A man from India has recently been proving the efficacy of these bikes by traveling all over India, France and the United States.  According to an article by Clean Technica, Sushil Pakala Reddy, of Mumbai, India, “started a cause… called “The SunPedal Ride” to raise awareness about solar power…”  Sochi plans to take more rides around the world on his electric bike, powered via recharge from a small solar trailer.

Wheel charging has also become far more proficient.  According to Treehugger, most solar wheels are currently only used for charging while the bike is not moving, but it is far more space saving than a trailer, with similar efficacy.  The “Solarbike”, created by Jesper Frausig of Denmark, boasts a range of 43 miles, and a max speed of 30 mph, an impressive feat for an integrated charging device.

Finally, Business Insider has dug up a very interesting bike, the Leaos Solar Bike, which can charge while you are riding it.  While it uses the frame as a solar array, which is a great use of space, it only travels around 15 km. in great conditions for a day.  Of course there are always the pedals that can be kicked in to gear.

Solar Powered Bikes still have a long way to go, but with the exponential improvements in solar technology, more effective gear may be just around the corner.