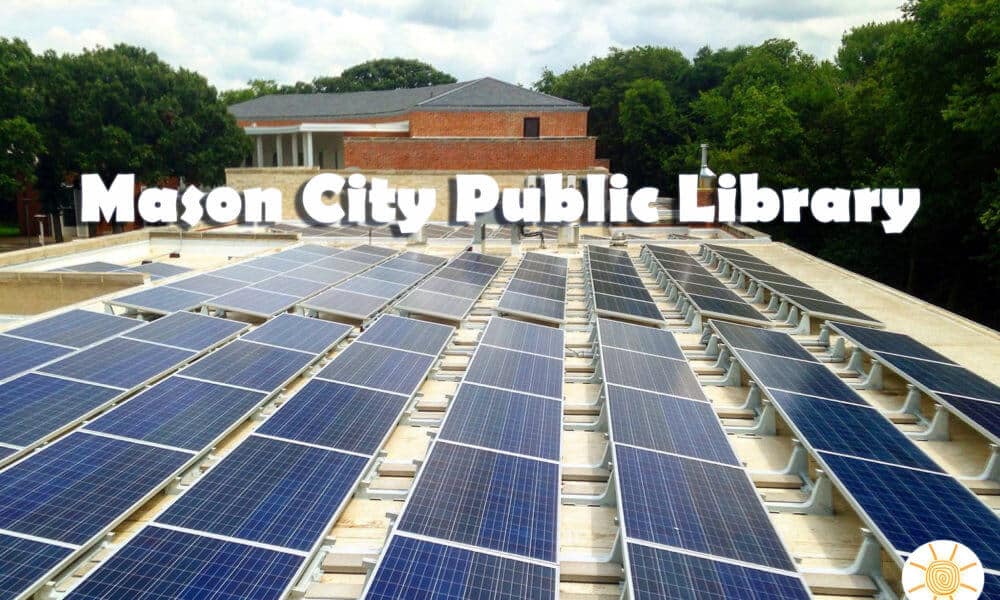 When speaking with City Council Members, Library Director Mary Markwalter said, “The plant consistently produces 33% of the power used daily by the library.” Plus, monthly utility bills are less because they are now only billed for what they’ve used, without any taxes or fees.

The system was installed by Moxie Solar of West Liberty with Sun Powered Solutions LLC of Cedar Rapids funding the materials. Moxie has agreed to do all maintenance for the first 15 years, after which the city will purchase the system for $15,000

The library also set two other systems in place to help reduce energy costs — the installation of LED lighting and windows that are able to be opened rather than using the HVAC system.

There are projects similar to this right here on Maui as well! In Aug 2016, One of Maui’s premiere resorts, the Fairmont Kea Lani in Wailea, also added a solar photovoltaic system to reduce the property’s electricity demand by more than 10%.  The system produces bout 845,000 kilowatt-hours — that’s enough energy to power 139 homes!