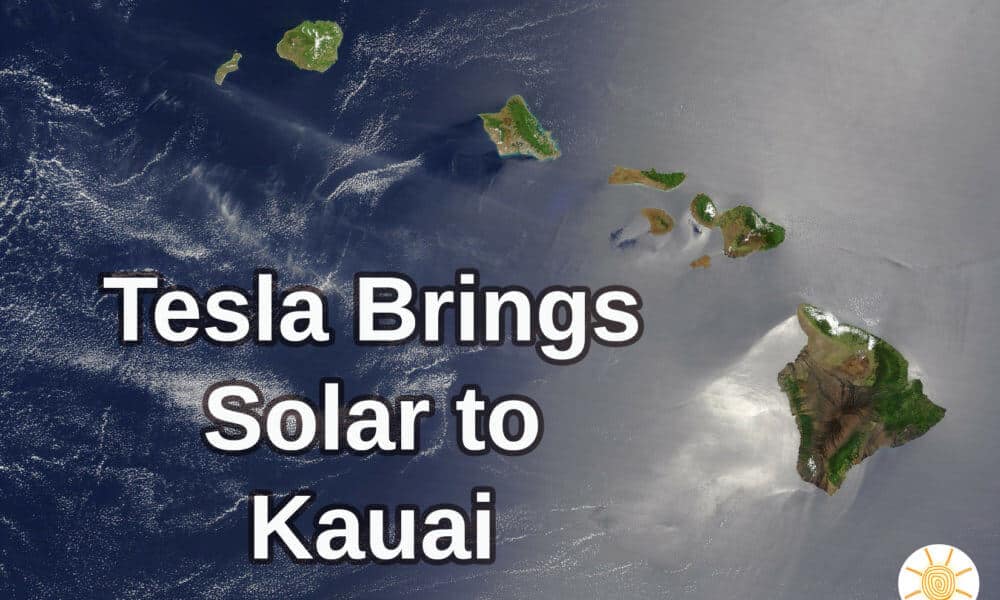 Tesla officially announced on Wednesday, March 8th, that they will be powering the Hawaiian island of Kauai with solar panels and Powerpacks.

Tesla partnered with the Kauai Island Utility Cooperative (KIUC) in order to bring its 54,978 solar panel and 272 Powerpack vision to life. The Powerpacks will collect solar energy throughout the day, which is then stored for later use in order to power the island at night.

After acquiring SolarCity in Novemeber 2016, Tesla has taken on more solar energy projects such as this one. They are also providing power to almost the entire island of Ta’u, located in American Samoa using solar panels and Powerpacks.

Check out Tesla‘s video describing their newest Kauai project below!