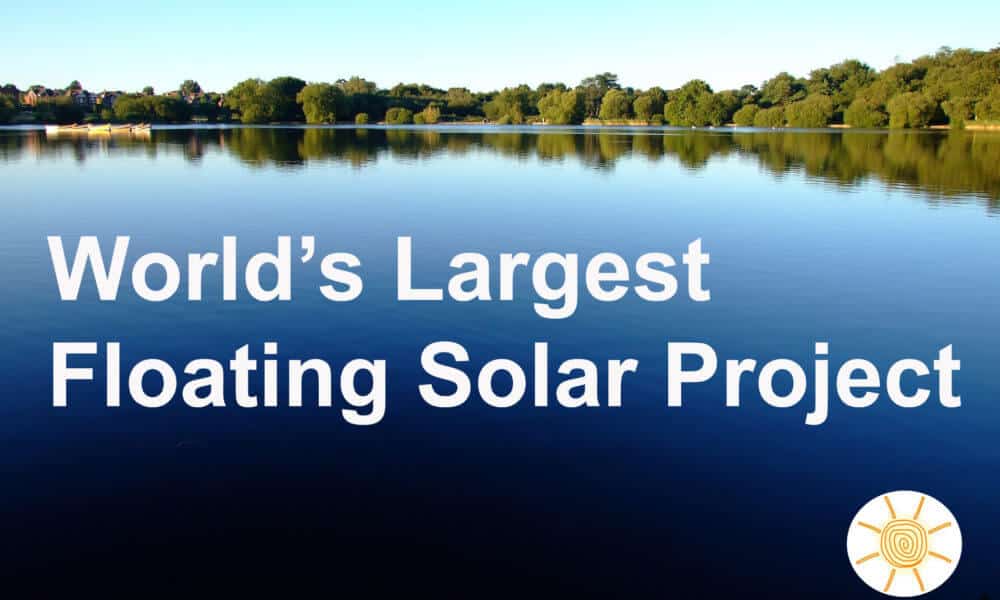 Floating on a man-made lake in China, the world’s largest floating solar farm was switched on  last week. The plant is capable of producing 40 megawatts of power — that’s enough energy to power 15,000 homes!

Built by Sungrow Power Supply, the plant produces twice as much energy as the previous “largest floating solar plant” located in the same area. The province is known for being rich with coal; the lake the plant was built on was previously used for coal mining.

Building a solar plant on a body of water, especially in this case of a man-made lake, can help protect agricultural land and ecosystems from being developed for energy use. The water can also keep the electronics within the panels cool, helping them run more efficiently.

This project pales in comparison to China’s future project which will have 6 million solar panels and produce 2 gigawatts of power.